Individual tours in the Crimea!

Why traveling with a private guide is a perfect option? First of all, because it’s much more interesting than being a part of a huge group of people trying to follow what your guide is talking about. And of course it’s much better than trying to find your way in an unknown city and therefore wasting your precious time. Why not spending it with a professional who will take care of you and show you the best places? No matter how old you are, where you are from, how long you are going to stay and what type of traveling you prefer. Private guide is here to meet your needs.One of our main principles is individual approach. We believe that nowadays, when tourism and pilgrimage tours are developing so fast, it’s the key point. Because people are much more interested in getting an unforgettable impression rather than just some information available on Wikipedia. We are sure that you will appreciate our approach and the quality of our guides’ job. You may find all the necessary information and book a tour on our website.
Learn about some of the sights, which can be a nice addition to your individual tour to the Crimea!

The bridge over the Kerch Strait (or the Crimean Bridge) with 19 km of parallel highway and double-track railroad is the longest in Russia and in Europe. Its construction started in February 2016.
The Krymsky Bridge is a 4-lane expressway with 40 thousand cars per day traffic capacity and allowed speed 90 km/h. The road traffic is controlled by the Automated Traffic Management System which consists of a number of subsystems monitoring road traffic, weather conditions, traffic flows and can detect emergency situations and other incidents.

The Swallow's Nest is a decorative castle located at Gaspra, a small spa town between Yalta and Alupka, in the Crimean Peninsula. It was built between 1911 and 1912, on top of the 40-metre (130 ft) high Aurora Cliff, in a Neo-Gothic design by the Russian architect Leonid Sherwood for the Baltic German businessman Baron von Steingel.
The castle overlooks the Cape of Ai-Todor on the Black Sea coast and is located near the remains of the Roman castrum of Charax. The Swallow's Nest is one of the most popular visitor attractions in Crimea, having become the symbol of Crimea's southern coastline. 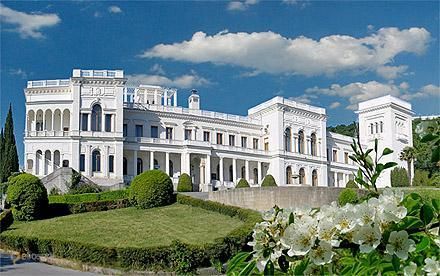 Livadia Palace is an unique pearl of a South Coast in Crimea. This is the place that is permanently inspiring poets, artists and composers. This is a place that always has been attracting travelers all over the world. Prominent politics and cultural figures were visiting Palace repeatedly. Undoubtedly, this is a place, whose fate has got together many turning points of history. 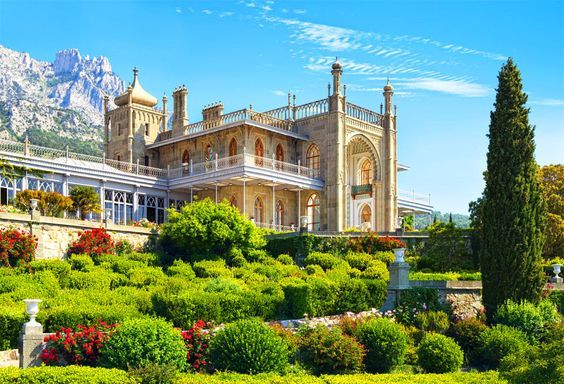 Alupka Palace and Park Museum-Reserve was created as a museum in 1990 and today is a subordinate institution of the Ministry of Culture of the Republic of Crimea. The museum-reserve includes the Vorontsov Palace Museum, the Alupka Park Monument of landscape gardening art and the Massandra Palace Museum of Alexander III. On the territory of the museum-reserve there are numerous monuments of cultural heritage, reflecting romantic trends in the palace and park architecture of the first half of the XIX century. 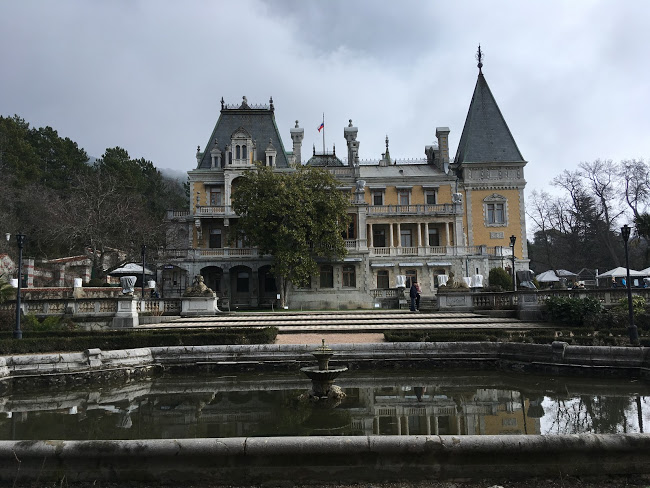 The Massandra Palace is a Châteauesque villa of Emperor Alexander III of Russia in Massandra, at the south coast of Crimea.

Construction of the building started in 1881 and was funded by the son of Mikhail Semyonovich Vorontsov, Semyon Mikhailovich who recently returned from the 1877-78 Russo-Turkish War. The construction of the palace that was initially designed by French architect Étienne Bouchard in the Louis XIII style was soon suspended after the death of Prince Semyon Mikhailovich Vorontsov.