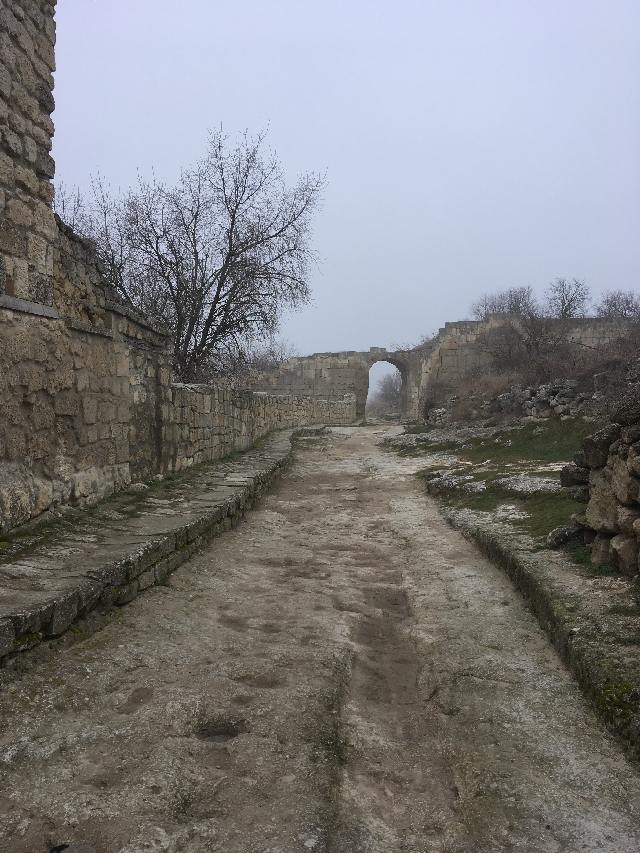 In the XV century the Crimean Yurt (Crimean Region) was declared independent of the Golden Horde and in 1449 the Crimean khan moved his capital to Kyrk-Or.
In Kyrk-Or there were three community which peacefully coexisted: Moslem, Judaic and Christian. Each of the community lived in its block.
In XVI century Mengli — Ghirey founded a new capital, Bakhchisarai, and the Moslem community came down from Kyrk-Or to develop new land. Only the Judaic and Christian communities stayed in the settlement on the plateau, which became to be called Chufut-Kaleh (“Jewish Fortress”).
During the transmigration of Christians the Greeks and Armenians left Chufut-Kaleh and now only the Judaic community (Karaites) lived in the cave town. The Karaites, Turkic by origin, were the followers of the Old Testament Bible. The name «Karaite» means «one who reads». The Karaite community had a rather high level of education. It was here that the first in the Crimea printing-house was founded in 1731.
After annexation of the Crimea the Karaites settled in new places and in 1852 the town became desolate — only two brothers from the family of the Pighits lived there. The last resident of the cave town, scholar A.S. Firkovich was buried in the Karaite cemetery in 1874. Chufut- Kaleh became a «dead town».
All Russian tsars (exept Paul I) beginning from Catherine II visited Chufut-Kaleh. The last Russian tsar Nicholas II visited the cave town on September 19, 1902.
The walls and towers of the fortress, houses and temples were built by the Karaites. Some of the constructions survived; the earliest structure dates from the 14th century. It is believed that the caves for defensive and household purposes were hewn by them, too. In the 16th century Chufut-Kaleh numbered about 400 houses and 5,000 inhabitants.
There were two kenassas – the prayer houses for Karaim — built in the XVI and XVII century.
The Big Kenassa was divided in three parts. The first part «Moshau-Zekenim» (“Seats for Seniors”) was for old men and another one for those who was prayed in mourning.
The second and biggest part «Shulkhan» (“Place for Parishioners”) was for men to pray in the morning and in the evening. In the third part there was «Gehal» (“Altar”) and rather scroll of Pentateuch (“Five Books”). 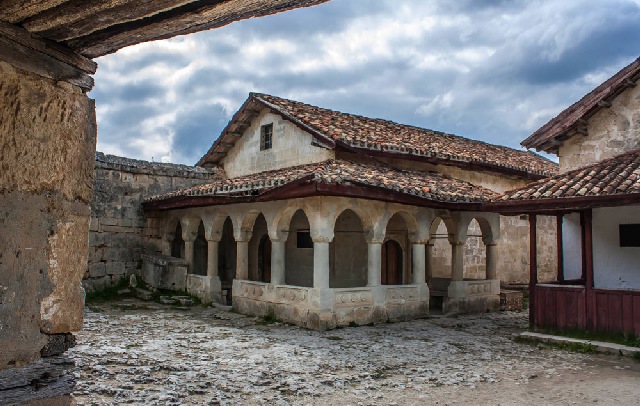 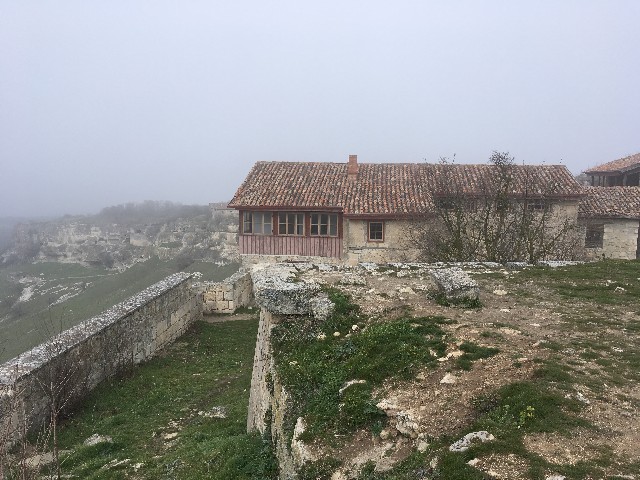 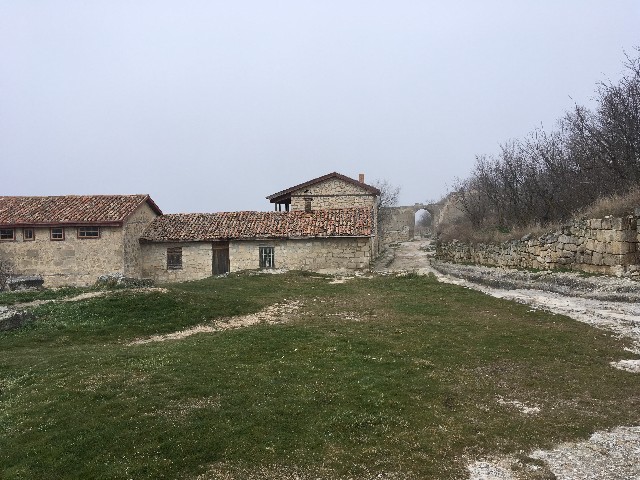 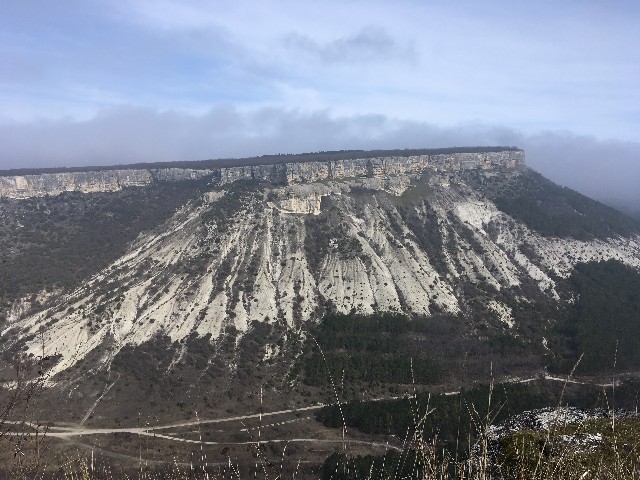 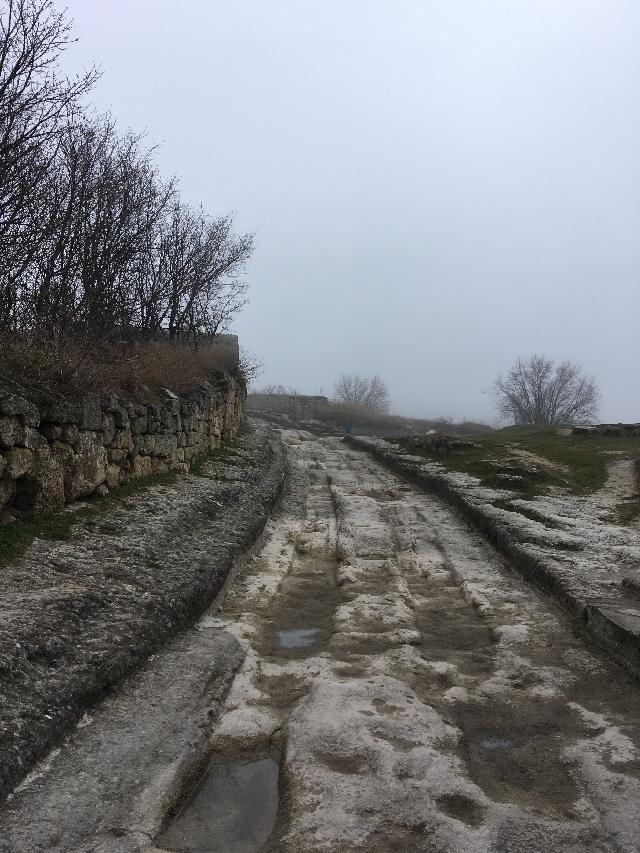 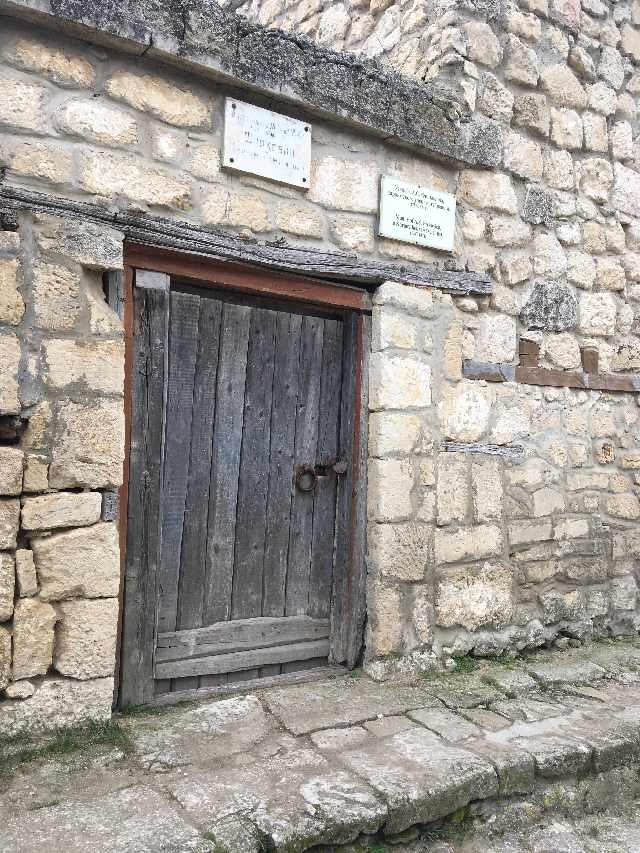 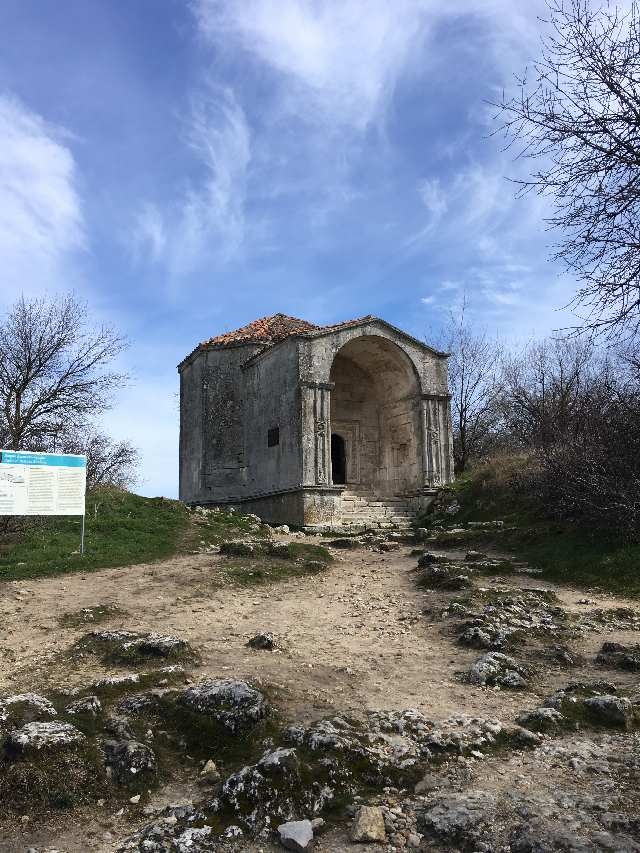